Tim Espinoza - The Man Behind The Booze 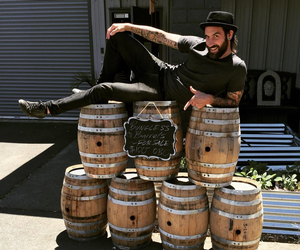 If you currently have any of our spirits or cocktails in your home bar, chances are that Tim is the guy who made it. Tim has been with the company since early 2015, but having been born and raised in Napa where he’s lived for over 30 years now, he’s always been intrigued with the world of alcohol. He first got into alcohol production working under Don Barkley, California’s first craft brewer since Prohibition, eventually becoming a Draft Technician. Tim has also worked on the sales end of the industry as Head of Sales at Carneros Brewery, but ultimately found his passion in production.

Tim came in contact with Napa Valley Distillery in May 2015, but was not hired as a Distiller. Initially, Tim was hired to work for one week helping pack Bar Club boxes. He took advantage of the situation to shadow Production Assistant Carlos and bend owner Arthur’s ear about his passion for spirits – and it worked. At the time Arthur didn’t have an opening for a position in production, so Tim was hired at the Oxbow Tasting Room, where he worked in sales. Eventually, in November of 2016 he was hired full-time as Production manager.

As Production Manager, Tim oversees all production operations i.e. fermenting, blending, proofing and bottling of products. He also manages the production schedule for his team, consisting of Carlos and Tyler. The three of them are to thank for all Napa Valley Distillery spirits filling your home bars – including Tim’s favorite, the Grand California. Fun fact: it’s the first spirit he made as a Distiller with the company! 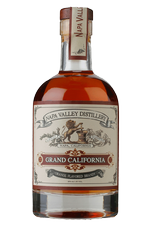 Of course, he and the production team are also in love with our Old Hollywood Ginns and excited to unveil more varieties in the future. As for Tim’s future with the company, he hopes over the next ten years to help build Napa Valley Distillery into a household name – a goal that doesn’t seem too far off.

You might run into Tim the next time you visit our Grand Tasting Salon. Be sure to say hi and ask him any of your burning spirited questions!