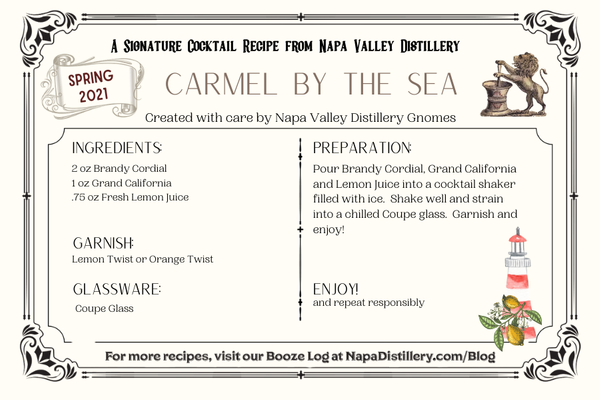 Catcher in the Rye - Reborn! 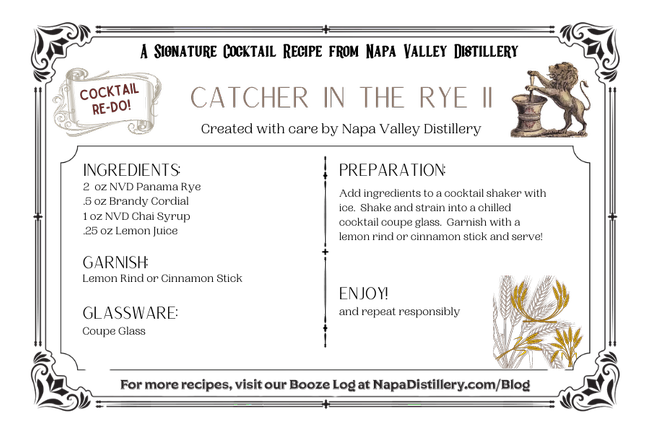 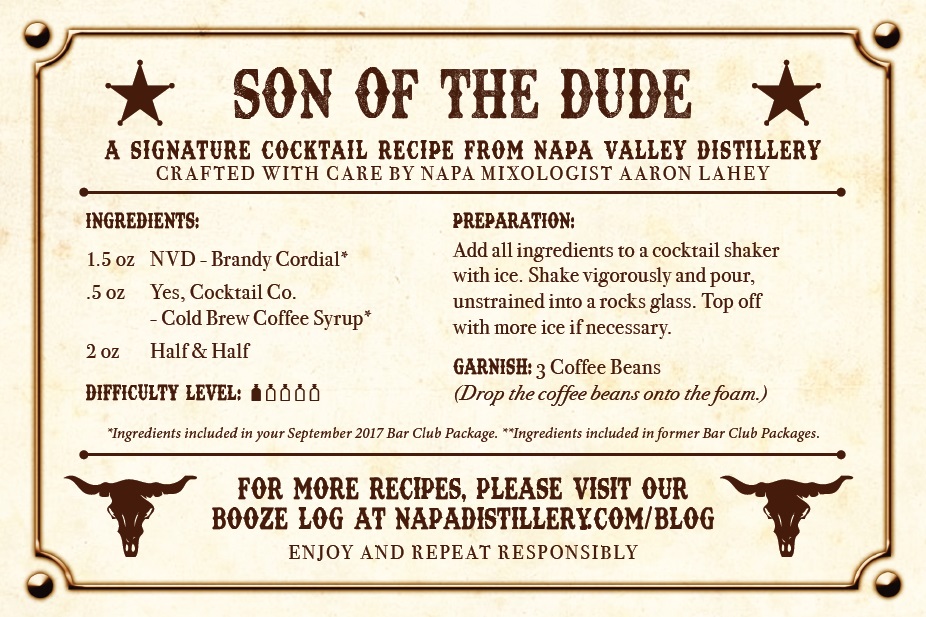 Separate the eggs and store the whites for another purpose.
Beat the yolks with the sugar and nutmeg in a large mixing bowl until the mixture lightens in color and falls off the whisk in a solid "ribbon."

Combine dairy, booze and salt in a second bowl or pitcher and then slowly beat into the egg mixture.
Move to a large glass jar (or a couple of smaller ones) and store in the fridge for a minimum of 2 weeks. A month would be better, and two better still. In fact, there's nothing that says you couldn't age it a year, but I've just never been able to wait that long. (And yes, you can also drink it right away.)

Serve in mugs or cups topped with a dallop of NVD Grand Cali Whipped Cream and little extra nutmeg grated right on top.

Add the heavy cream and sugar to the bowl of an electric mixer fitted with a whisk attachment and whip until it forms soft peaks. Add the brandy and mix in.

What is a cocktail? I thought this would be easy, it’s any drink found on the happy hour menu for cocktail hour. A mixed drink with a kick… right, guys? ...guys?

No! The history is a lot more complex and flavorful, with a little bit of in-fighting between America and England.  The origins of the word are legends, even where the term comes from has 5 different stories. It could come from horseracing, French word for an egg cup, or even that a rooster’s tail was used to stir a Bittered Sling.#

The term today has come to mean any mixed drink, but back in the day, it referred to a specific recipe. It lived in the world of punches, sours, slings and other varieties of alcoholic libations. In the May 13th edition of the 1806 newspaper, Balance and Columbian Repository, the editor defined a cocktail as: “a stimulating liquor composed of spirits of any kind – sugar, water, and bitters.” In my research, I learned that any time NVD refers to a cocktail, we are heralding the original meaning and it must include bitters.

So I decided to make a cocktail as a part of my research but there's no official name, the working title is Autumn Harvest.

Shake vigorously with ice in a cocktail shaker, strain into a glass, and put the two dashes of lemon bitters to float on top.

What is missing from the picture?

I purchased the Berg & Haucks travel set because it offers a wide variety which adds versatility to any self-proclaimed cocktail aficionado.

It comes with aromatic (think Angostura, but something unique), celery, orange, lemon, and creole bitters (think Peyshauds, but all natural).

So now, we (NVD) have the largest selection of bitters in the USA, and maybe the world, and the options are endless! Mix up me hearties!

#For more information, feel free to visit this site with some more fun facts about the cocktail: Today I Found Out

The Cordial Clover or The Limey Bastard?

Today is a day for celebrating all things Spring, green, alcoholic, and most importantly, Irish. Like many Americans, today I celebrate the Irish side of my heritage, traditionally with corned beef and cabbage, and a nice cold Guinness.

This year, however, I thought I would celebrate it in the way I know best, by making a cocktail! I'm having a hard time naming this drink however, and I'm calling on you: Booze Log Readers, to help me decide! I have narrowed it down to two names. Either The Cordial Clover, or the Limey Bastard. What I ask of you, readers, is to make this drink at home, or at least imagine it, and write your vote for the most fitting name in the comments section of this post. The name with the most votes will become the official name of Napa Valley Distillery's St. Patrick's Day cocktail, for this year at least.

Heat the honey and lime in a small saucepan over low heat, until the honey dissolves. (This can be done ahead of time, and scaled as needed. Just one bar spoon of honey for every half a lime worth of juice). Let juice cool. Then add to a shaker with all other ingredients but the bitters and garnish. Add ice, and stir for one minute. Strain, over ice, into a highball glass. Float bitters and garnish.* Makes one cocktail.

*note: To make the snakes tongue lime twist as seen in the photo, fold one end of the twist in half and cut at a 45 degree angle*

Well that's all for today! Remember to wear green, and stay safe!
Your ever humble, lucky barman,
Aaron Lahey