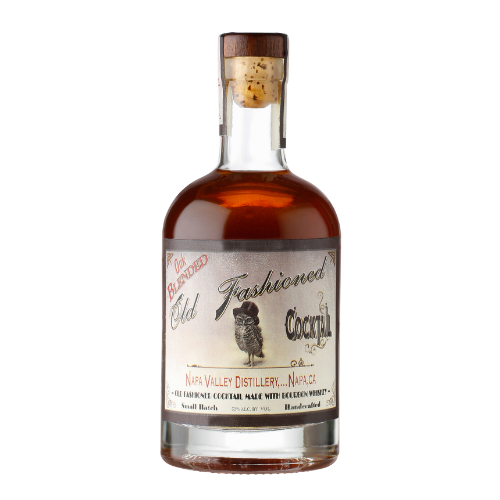 In true Napa Valley Distillery “fashion”, we’ve decided to make our first oak infused Whiskey cocktail one of the great giants of the cocktail world. Our Old Fashioned cocktail should be enjoyed over ice, in a rocks glass. It’s a true crowd pleaser, however we wouldn’t blame you for keeping this one all to yourself.

Bothered by the new cocktail creations popping into bars across the country, a man who simply identified himself as “Old Timer” wrote a letter to the New York Times in the 1930’s. He expressed his concern for the new rise of fruity and complex cocktails, and stated that he simply wanted an “Old Fashioned” cocktail. He was referring to a drink made by saturating a sugar cube with bitters, dropping it into the glass, adding a splash of water, then adding Whiskey. The name caught on, and from that point forward when you wanted a Whiskey cocktail with sugar, water and bitters, you would simply ask for an Old Fashioned.

Now in the midst of a spectacular and exciting return to bars across the country, it is considered a staple cocktail. Though there are several different styles of this particular cocktail, it is one that a bar tender should know off the top of their head. If you ask for an “Old Fashioned” and are met with a confused gaze from your bar tender, run. Run far and run fast.